Being a fully signed up northerner, the North Downs Way is a remote prospect.  I ventured down there for the Project Trail photoshoot around September 2016 and had no idea when, or if, I’d be back.  This weekend I’ve been back.  My top running buddy, Michelle, decided it truly is grim up north and moved to London late last year.  Always on the look out for a running opportunity we decided to meet up and get a good old long run under our belts, and run we did.  Michelle is renowned for her route planning (two in a year at the last count) but had woman’ed up and planned a couple of route ideas from Guildford expanding out from the town and dipping into a few parts of the north downs way.

The sun firmly gripping the sky I headed down early Saturday to arrive to a beautiful day.  Potential late-afternoon BBQ talk running freely, we headed off for a 20 miler through the busy streets of Guildford, shopper dodging, chatting and feeling fully weekend-ready.  This being my longest run this year and last big run before the Liverpool to Manchester 50 miler in a few weeks time, I was hoping this would be a relatively comfortable experience.

This was a mixed bag of woodland trail, lovely open sunny paths, bits of road and generally great running territory.  The country seems to have been blessed with sunshine this weekend so there were large gatherings of humans around the busier areas of the route.  In true form we got lost several times and trudged completely off-path praying to the GPS-Gods that all would be OK.  A wild deer and several squirrel sightings later we were back in Guildford for a well-deserved pub dinner and few beers! 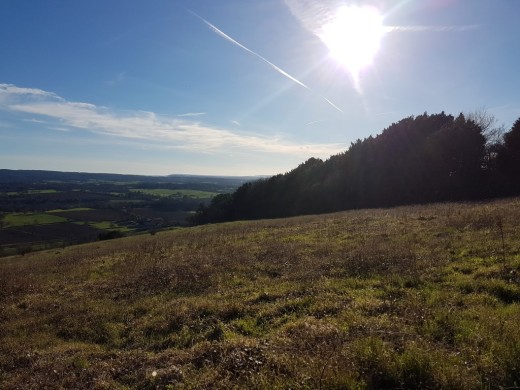 Weird Shining Ball in the Sky 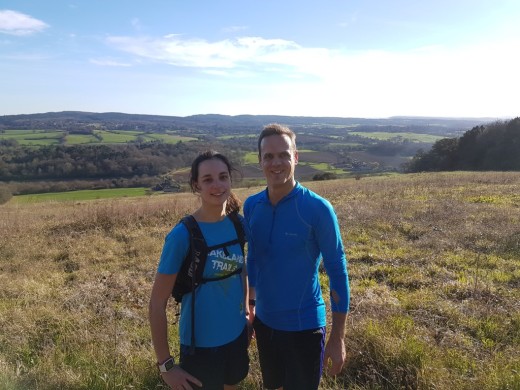 Great weekend.  Liverpool to Manchester… bring it on! 🙂